Dev Interview: Robert Kurvitz of No Truce with the Furies 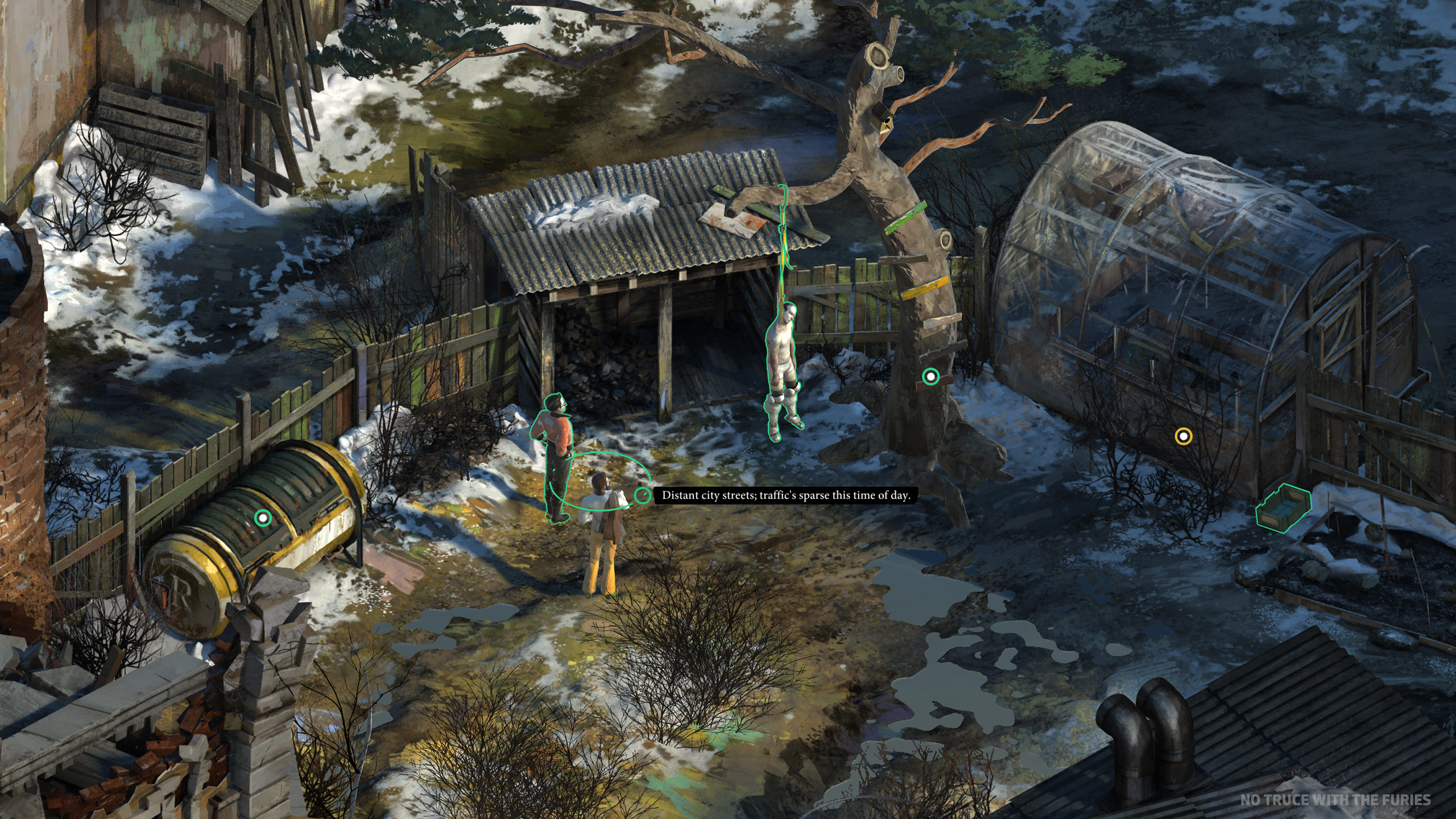 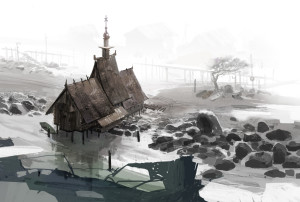 No Truce with the Furies by Fortress Occident bills itself as an exploration of life as an utter failure, with visuals that call to mind oil paintings and a rundown not-quite-modern world in a sort of magical reality RPG. The indie dev team’s Robert Kurvitz took some time to answer a few questions about the project, which is due on Steam later this year.

Q: Where did the idea for the game come from?

A: Honestly, from us coming to terms with reality. A year ago we found ourselves working on this colossal, 300+ hour RPG-to-end-all-RPGs – with a small team of first-timers, and limited funds. So we had to, you know, dial it back.

No Truce With The Furies is us doing the opposite. We took the same setting, the same literary ambition and art, but concentrated it. This is us thinking: what if there was a role playing game everybody actually finishes? One that has absolutely no filler activity, only role playing. 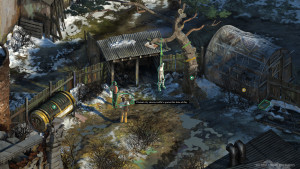 Q: What influences did you draw on for the art style of No Truce With the Furies?

A: We knew we wanted to capture the city of Revachol – this world capitol we’ve been dreaming of since we were 15, that we lovingly call “the only city in the World” – and we wanted to capture it in early spring. This is the springtime of Russian Realist painters, like Ilya Repin. Also, the brushwork of contemporary oil painters Alex Kanevsky and Jenny Saville. Dirty and bold, mud painted in rough umbers. A spring atmosphere is hard to do right, but we knew if we did, it’d be unique. Only Revachol in the 50s would have this feeling. A memory of youth, poverty, and rock music.

We have classically trained artists, so it was mostly a technical challenge from there on. Turning this aesthetic into an actual isometric game.

Q: I’ve seen interesting pitches about the game as an exploration of failure, which helps set it apart from the usual “Be an awesome hero!” sort of game. Did “reversing the epic RPG” drive this anti-hero approach?

A: Yes, but I wouldn’t call it an anti-hero approach. The anti-hero is still a hero, only cool. Most of us would actually like to be that, and not a Dirk Squarejaw straight up hero type. Instead of what we are, which is, let’s face it – varying degrees of failure. The person you wake up as in No Truce is not a cool, deranged anti-hero. He’s a failure.

Like you and I. Like the Soviet Union, or your first love. This person is catastrophic. Ruin is his rest state, it’s hard to steer him anywhere but. We expect actually solving the case and not ending up as an insane drunk to be the non-standard ending.

It’s about being a man, really.

Q: What tools and engine are you using to build the game?

A: We’re using Unity as the framework to build upon, but we’ve ripped out and replaced large chunks of it. We’ve had to completely discard the standard physics based lighting model and write our own character shader to achieve the painterly look we want. On the technical side we’re doing some interesting stuff. Such as using hand painted normal maps to make the character models appear more like brushwork and less like 3D.

We use Articy to write the labyrinth of nodes that make up the text body of the game.

All in all, we’re laying down the groundwork for a modified Unity engine and assorted pipelines for our future role playing games.

Q: Describe the writing process behind your game.

A: First, our lead writer wrote the main plotline as a novella. A rough draft, just to see if it holds attention, and to better explain the idea to our two additional writers. That novella had to form a gesture, a quick tumble of mistakes and actions down to the conclusion. Like a little engine that couldn’t be anything but interesting and dynamic.

That was the wide, fun part. The real work began with our dialogue editor. Here we explode the novella’s spine into a thousand-armed monster of skill checks and choices. Arriving at different conclusions through different routes. We wanted you to feel free within this area – a small strip of coast in the city of Revachol – like anything could happen. This means you can approach the story and its side activities in a bewildering array of different orders.

Usually “open world” games leave their dialogues purposefully vague so you could do them in any order. There’s not much interplay between them. Minute information isn’t carried from exchange to exchange, unlike in real life. We’re not like that, we’re very detail oriented. You come up with a weird idea looking in the mirror somewhere, you can then mention it to a dockworker somewhere else. And get unexpected results, experiment with that.

This sets a challenge I have to admit tests the limits of our intellects. But when it works, it’s magical.

Q: What sort of mood are you hoping to achieve with musical and other audio elements in the game?

A: We got very lucky on that front. The cult band British Sea Power — one of the least constrained creative forces, I think, in music today — deemed our project mad enough. So they gave us an original score. We just wrote them and although they haven’t done games before, they just understood our concept. The music they’ve recorded is of unusual scope and soul, and not only “for a video game”, but it’s just beautiful music in general. Really exemplifies the balance of humor and tragedy that we’re going for. The small and personal nature of the story doesn’t mean it’s not tremendous for that one, small person you are in No Truce. It’s too early to share any of it yet, so I’ll leave you with some of their previous work, so you’d understand what we’re dealing with here:

“Let’s just say, if this video game swindle doesn’t work out, it’ll be back to exile, prison and mobile gaming sweatshops for us.”

Q: How many people are on the Fortress Occident team?

A: We are currently 13 strong.

Q: How did your dev team get started?

A: We formed on the outer reaches of civilization, in god forsaken Eastern Europe. Out of poverty, strife, and obscure scandal. A bunch of never-beens, convicted financial criminals, failed science fiction authors and embittered oil painters. Some of us have been friends since childhood, some are new acquaintances. Honestly, I’d like to do an A-Team style motley crue introduction montage, but I don’t wanna rat anyone out. (I just couldn’t do us justice without giving out incriminating information.)

Let’s just say, if this video game swindle doesn’t work out, it’ll be back to exile, prison and mobile gaming sweatshops for us.

Q: What games do you enjoy for their gameplay?

A: We appreciate rhythm, snappy controls and a tactile sensation as much as the other guy, but it doesn’t much relate to our current work.

As writers, for us, the most fascinating things about games is their audience. That it exists. From film to music, all other audiences are shrinking. Becoming more and more cautious and pre-defined in their tastes. Games are the last medium with potential for real experimentation and avant-garde thinking. What we want to do is to use this potential to salvage what’s left of literature — the fastest shrinking, worst affected medium of all. Literature has been reduced to almost nothing. Unfortunately, it’s what we’re best at.

It’s up to games and their audience to lift literature out of the squalor. However beaten, however confined to small nations, novels have an unparalleled ability to change people’s lives. The very, very few books that are actually good can make something out of the mess we are. Novels give grace and form to the failure. Read “Germinal” by Zola, play “No Truce With The Furies”, and repurpose the catastrophe you’ve become for the good of History.

“What we want to do is to use this potential to salvage what’s left of literature — the fastest shrinking, worst affected medium of all. Literature has been reduced to almost nothing.”

Q: What games do you envy for their design?

A: Oh, plenty. Planescape: Torment has the same effect novels do. Makes something out of you. As for narrative flow, I actually think Mass Effect 2 had great movement and dynamics. They really put their budget into use. Did you ask about envy? I certainly envy the budget of Mass Effect 2. 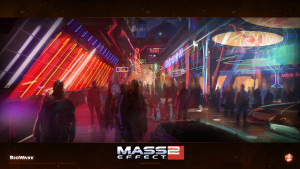 For No Truce, we’ve also been looking at 4X games, actually. The Civilization series and Alpha Centauri. We would love to apply some of those mechanics to an RPG. The way you plan for turns in 4X games is very much like a person scheduling their days. Which, for a game where you’re a detective trying to pay for a crummy hostel room and to keep yourself afloat mentally, is understandable.

We really want to nail the everyday struggle for survival this character faces. Just keeping your head above the water in life. Also, old adventure titles like the “Blade Runner” game. In RPGs you’re usually a bit removed from the world. Adventure games pull you into the surroundings more. We have this lush, beautiful painting you’re in. And you’re a detective. We want to give you a lot of different skill-based interactions with the world.

Q: When is your game expected to launch, and where?

Q: What do you want people to take away from an experience like No Truce With the Furies?

A: The strength to go on.

Wes Platt is the lead writer/designer for Prologue Games. Their first game, an episodic narrative adventure called Knee Deep, launched its final act on Steam in March. Before that, he was a professional journalist for the St. Petersburg Times and Durham’s Herald-Sun. He designed collaborative real-time adventures at OtherSpace, Chiaroscuro, and Necromundus for players at jointhesaga.com. He also worked as a design lead on Fallen Earth, a post-apocalyptic MMORPG, from 2006-2010. He’s on Twitter at @DougPiranha. Reach via email at wes@prologuegames.com.