By Tracy Alan May 5, 2015 Act 1, Design, Inside the Virtual Actor's Studio, Knee Deep, Production No Comments
2 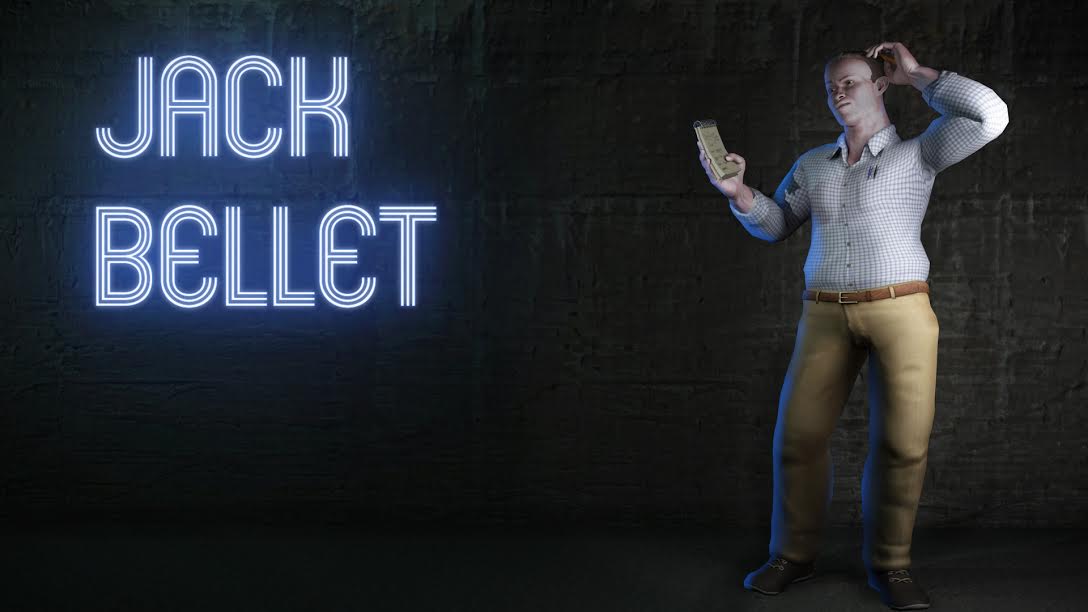 Always a notepad in his pants and two pens peeking out from a shirt pocket, Jack Bellet covers the local beat for the Cypress Knee Notice. He knows better than any of the other characters just how bizarre this backwater Florida town can be.

Bellet is introduced early in Act 1: Wonderland after breaking a promise to take his son Reggie for ice cream. Instead of sharing a sundae with his kid, he whips out his notepad to cover a crime scene. Reggie waits in the background while his dad finds out from the standing officer that the fellow under the tarp tried drilling a hole in an engine block using a pistol. For someone born and raised in Cypress Knee, this isn’t odd–it’s practically ordinary.

What brought Bellet to this moment? His ambitions faded long ago when marriage and fatherhood anchored him to Cypress Knee. The initial concept of Bellet, shown with the purple background on the right, depicts a weary middle-aged man. The stubbly face, dark eyes, and crossed arms provide a sense of someone discontented–unkempt even with shirt untucked and sneakers on his feet. You can feel the cynicism oozing from the character.

In fact, we felt it was a bit too much. In the revised concept shown on the beige background, Bellet retains hallmark features: noticeable belly, khaki pants, stubbly face. Yet, there are changes that make his character feel more authentic. For instance, his face isn’t as dark or rough and therefore less aggressive-looking. Arms are at his side, rather than crossed angrily. This version of Bellet has enough pride in his professional manner to wear decent shoes and tuck in his shirt. There’s a sense of a conflicted character in this concept, someone who aspires to be more but feels trapped by circumstances. 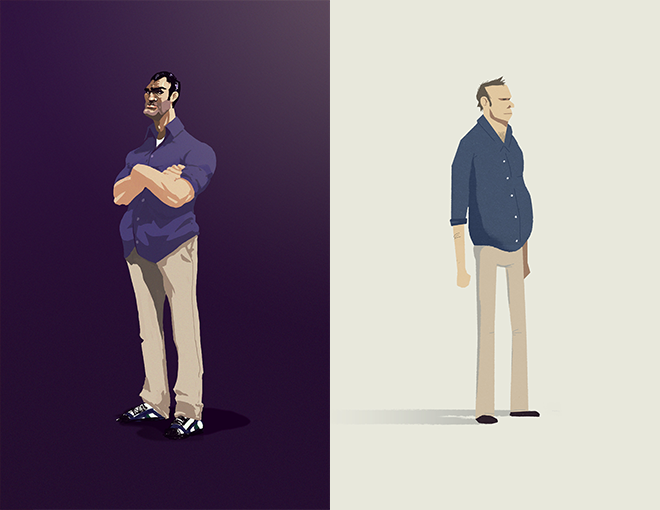 Unlike Romana Teague who travels to Cypress Knee, Bellet covers the Tag Kern suicide story from his hometown. This creates a unique opportunity to shape Bellet’s back story, as his personal history is tied to the setting. Just how did Bellet end up a local reporter breaking promises to his son? It’s up to you to choose Jack’s weak spot:

Your choice will have a profound affect on how events unfold throughout the game. Certain characters won’t trust a drug addict…though there are others willing to listen to the threats of a perceived killer. No matter your choice, you’ll constantly have to deal with the lack of respect given to Bellet by the other characters. He has an easier time than most, it seems, rubbing people the wrong way.

Depending on your selections, you may not have certain options available–that’s what makes Knee Deep so interesting. Each choice contributes to taking you down a different interpretation of events. Expect key decision points like this throughout the game for each playable character. 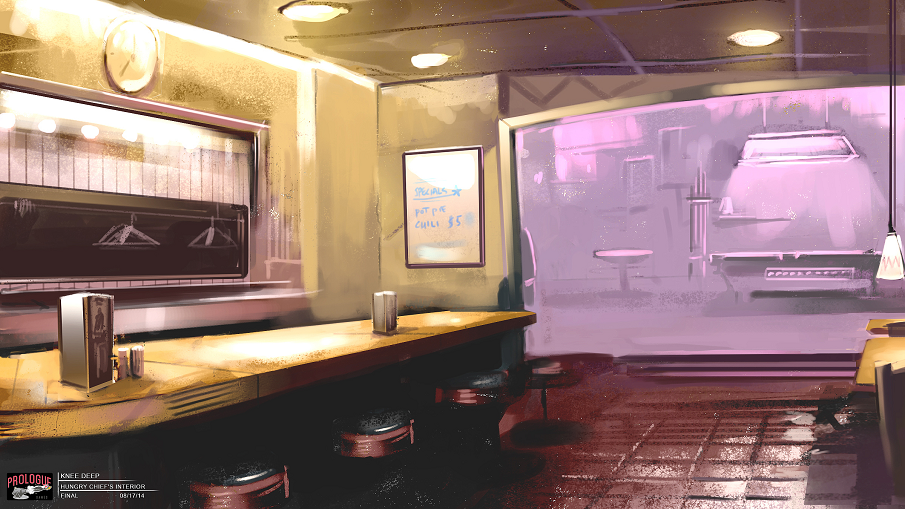 A distinct personality from spunky blogger Romana Teague, Jack Bellet offers a totally different perspective on events in Knee Deep. We want to tell the story of these characters, while at the same time highlight that they aren’t your typical game figures.

There’s plenty more about Bellet to uncover by playing the game, which is now available on Steam and Humble Store.