By Tracy Alan May 8, 2015 Act 1, Design, Inside the Virtual Actor's Studio, Knee Deep, Production No Comments
2 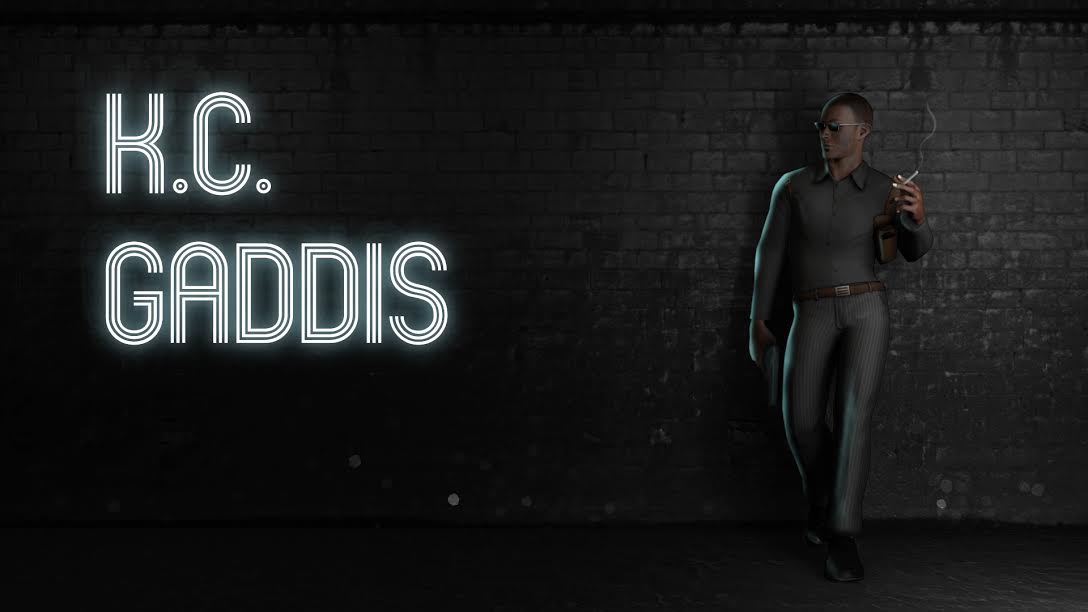 Last but not least of our three playable characters, K.C. Gaddis is a down-on-his-luck private detective who used to snoop on high-profile cases for Los Angeles film executives. But he angered the wrong people, wound up on the East Coast in Orlando, and can’t even hold a job as a mall rent-a-cop.

Gaddis enters the stage in dire emotional straits. Hidden away in a dark room with his canine pal Monroe, thoughts of suicide come to Gaddis’s mind. A pistol sits on the desk, a note and pen nearby. Life hasn’t turned out as expected. Weary of the world, Gaddis considers pulling the trigger–just when the phone rings. Donovan Miller from the Red Eclipse movie studio calling about a job in Cypress Knee, Florida…

What brought Gaddis to the breaking point? That’s entirely up to you. In Gaddis’s opening sequence, you’re given choice over details in his back story. Here, you get to choose why K.C. Gaddis lost his job:

Your choice will have a profound affect on how events unfold throughout the game. Certain characters won’t trust a thief…though some will be sympathetic to a person who was laid off. No matter your choice, you’ll constantly have to deal with the skepticism other characters have toward Gaddis–not everyone wants to answer questions. 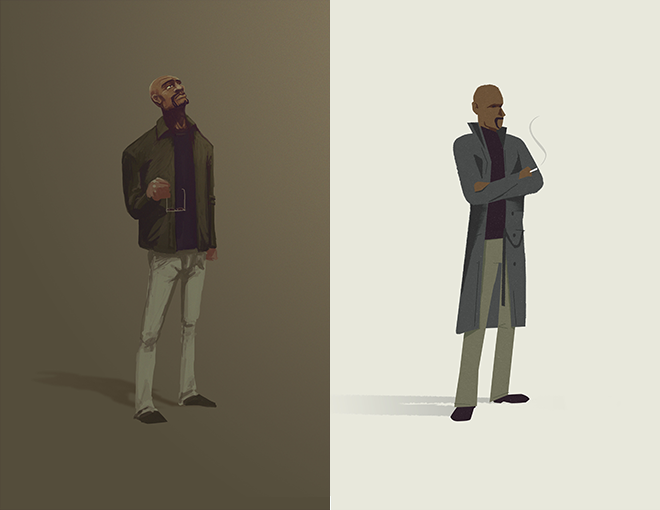 The initial concept of Gaddis, shown with the dark background, depicts a thoughtful, though skeptical man. Striking facial features provide a sense of strong character, such as the rigid jaw line. The careful manner by which he holds his glasses demonstrates a sensitivity to detail–a hallmark quality for a detective. Unfortunately, there’s an edge lacking from this depiction. Is this mild-looking fellow the expert investigator that will crack the mystery behind Tag Kern’s suicide?

While much of this original approach was in line with the written character, improvements were made in the newer concept shown on the white background. Although more abstracted, Gaddis undergoes a couple of important changes. First, he wears a trench coat instead of a waist-length jacket. Also, a cigarette smolders between fingers on his right hand–no more glasses (save for an occasional pair of sunglasses). Unlike the dad-next-door look from earlier, this newer design depicts a much rougher, mysterious character. There’s a sense that Gaddis has been through a lot. There’s a sense that Gaddis won’t stop until he uncovers the truth. 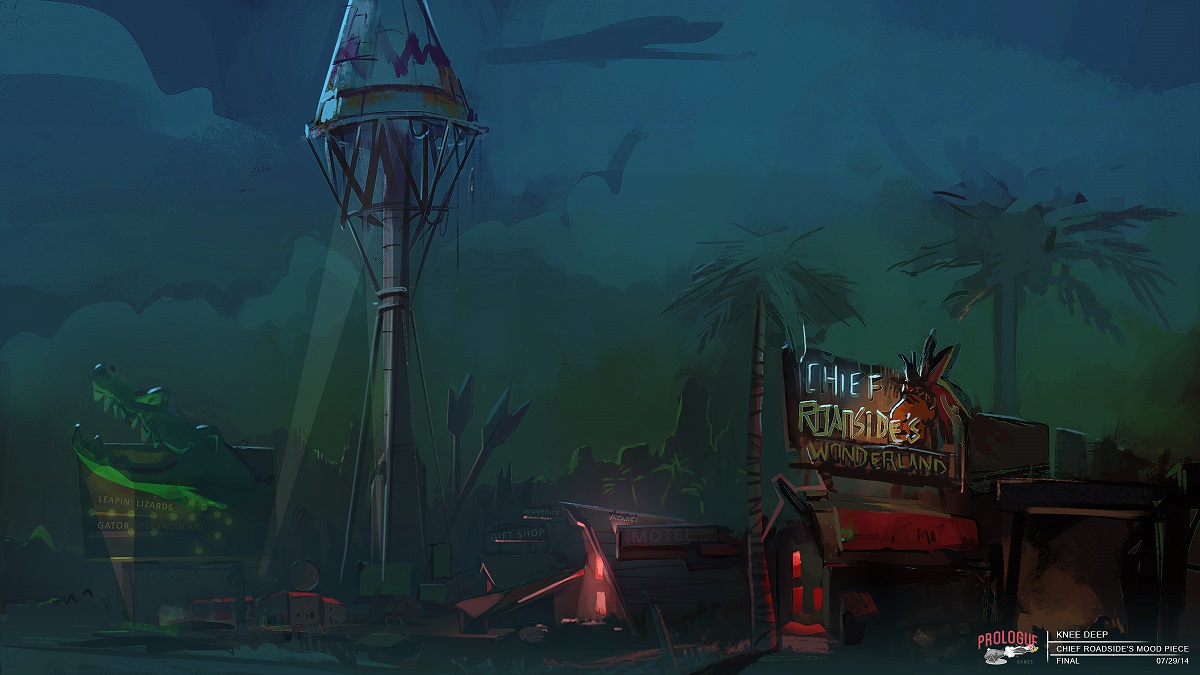 A distinct personality from spunky blogger Romana Teague and divorced reporter Jack Bellet, Gaddis offers a different view of events in the Florida town of Cypress Knee. These aren’t your typical game figures–they’re flawed individuals caught up in big schemes.

There’s plenty more about Gaddis to uncover by playing the game, which is now available on Steam and Humble Store.