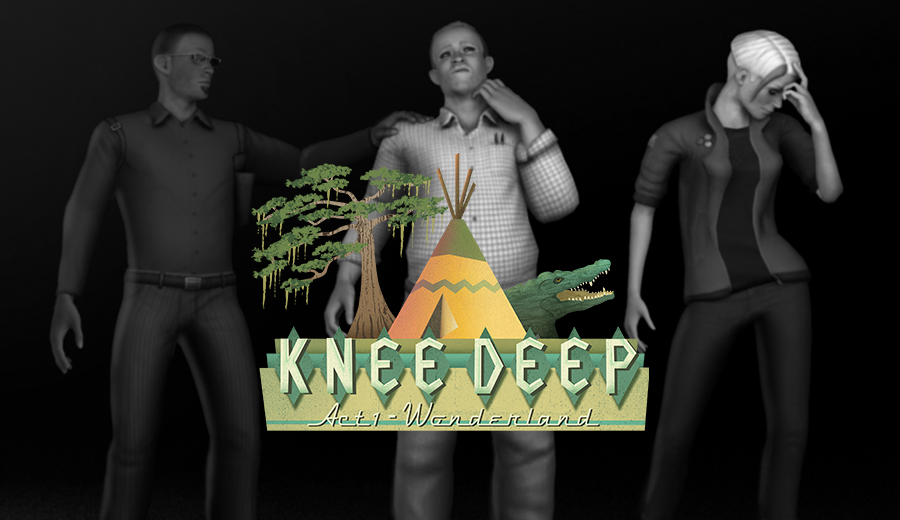 Mark your calendars, as Monday, July 6 will be opening night for swamp noir adventure Knee Deep. After a successful Greenlight campaign and quick approval from Valve, our first act will be ready for showtime early next month.

The game unfolds in the backwater Florida town of Cypress Knee. A washed-up Hollywood actor is found hanging from the iconic tee-pee tower at the center of Chief Roadside’s Wonderland, a tacky resort that is more of an affront to Native Americans than tourist attraction. You investigate this mysterious suicide through the eyes of three distinct characters: cheeky blogger Romana Teague, beleaguered local newspaper reporter Jack Bellet, and cynical private investigator K.C. Gaddis.

Check out the gameplay trailer below to get a look at the game’s scene transitions, conversation system, and quirky comebacks. Hope to see you in the theater opening day!