Moods and Colors: Approaching the Music for Knee Deep 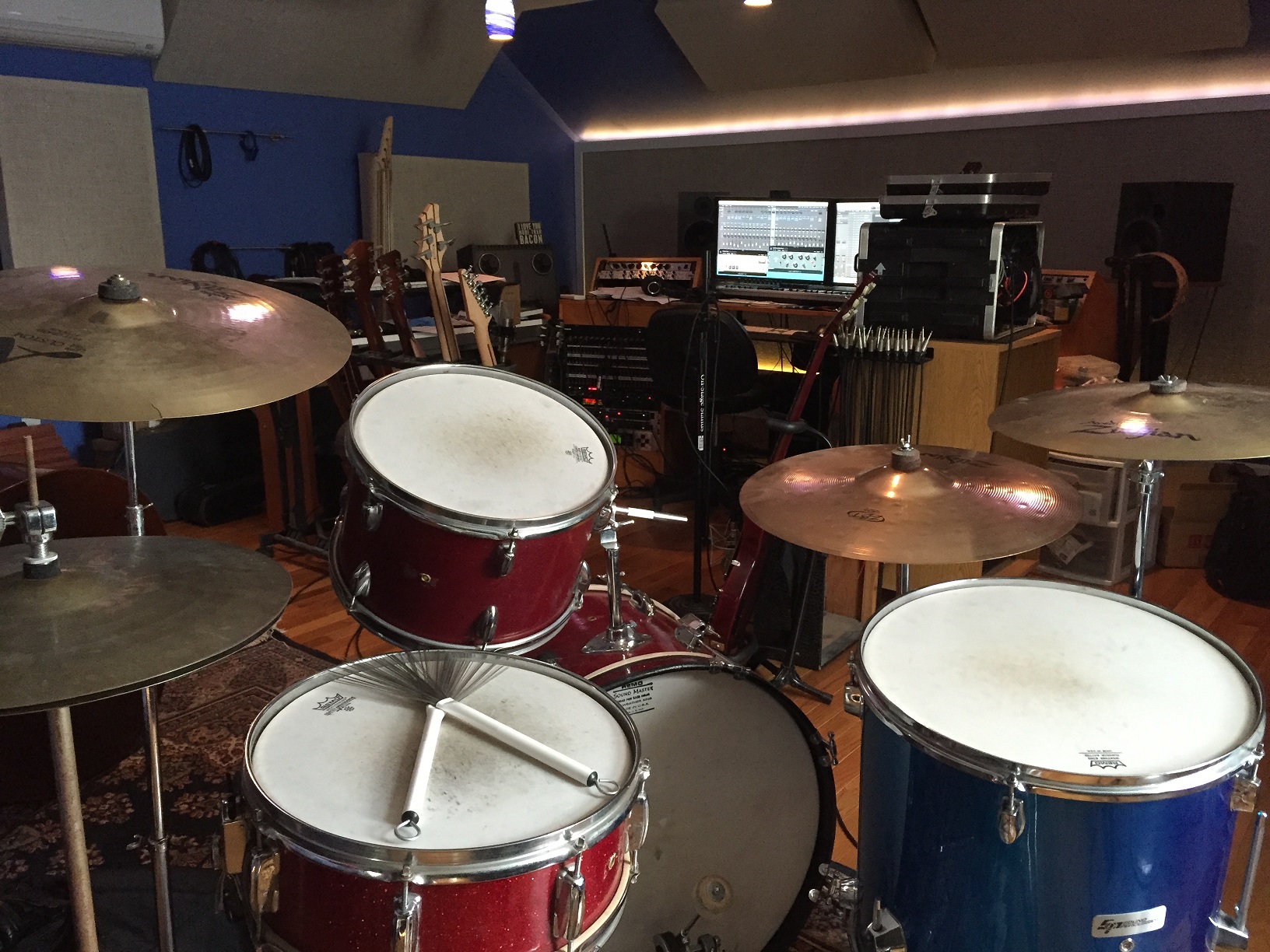 One of the defining characteristics of film noir was the interplay of visuals and a musical score.  The darkness and foreboding, the uncertainty of characters in difficult circumstances were expressed as much through music as images.  So how do you take this approach with a swamp noir project like Knee Deep?

I’ve thought a lot about this question as I’ve been writing the score for Knee Deep. Together with fellow composer Steve Pardo, we’re part of the larger team at SkewSound that is working on audio design and composition for the game. Steve and I have worked together on a ton of great projects. From our time at Harmonix, we worked on the Rock Band franchise, Fantasia: Music Evolved, as well as a number of unreleased projects. There’s also recent projects with SkewSound including Chariot by Frima Games, Grim Dawn from Crate Entertainment, and Amazon Studios’s Lost Within. 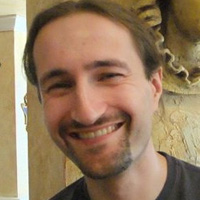 Anytime we approach a project, the most important thing for us to establish first is tone.  What’s the mood of the game?  What are the characters like?  We talk a lot with the designers and writers, pouring over concept art and scripts, and getting the team’s take on what their vision is for the game and how that applies to the soundtrack. From the beginning, everyone agreed that music should play a prominent role in setting mood. Themes, melodies, variations and such were not going to be as important as palate (i.e. the range and type of instruments used) and the production techniques. 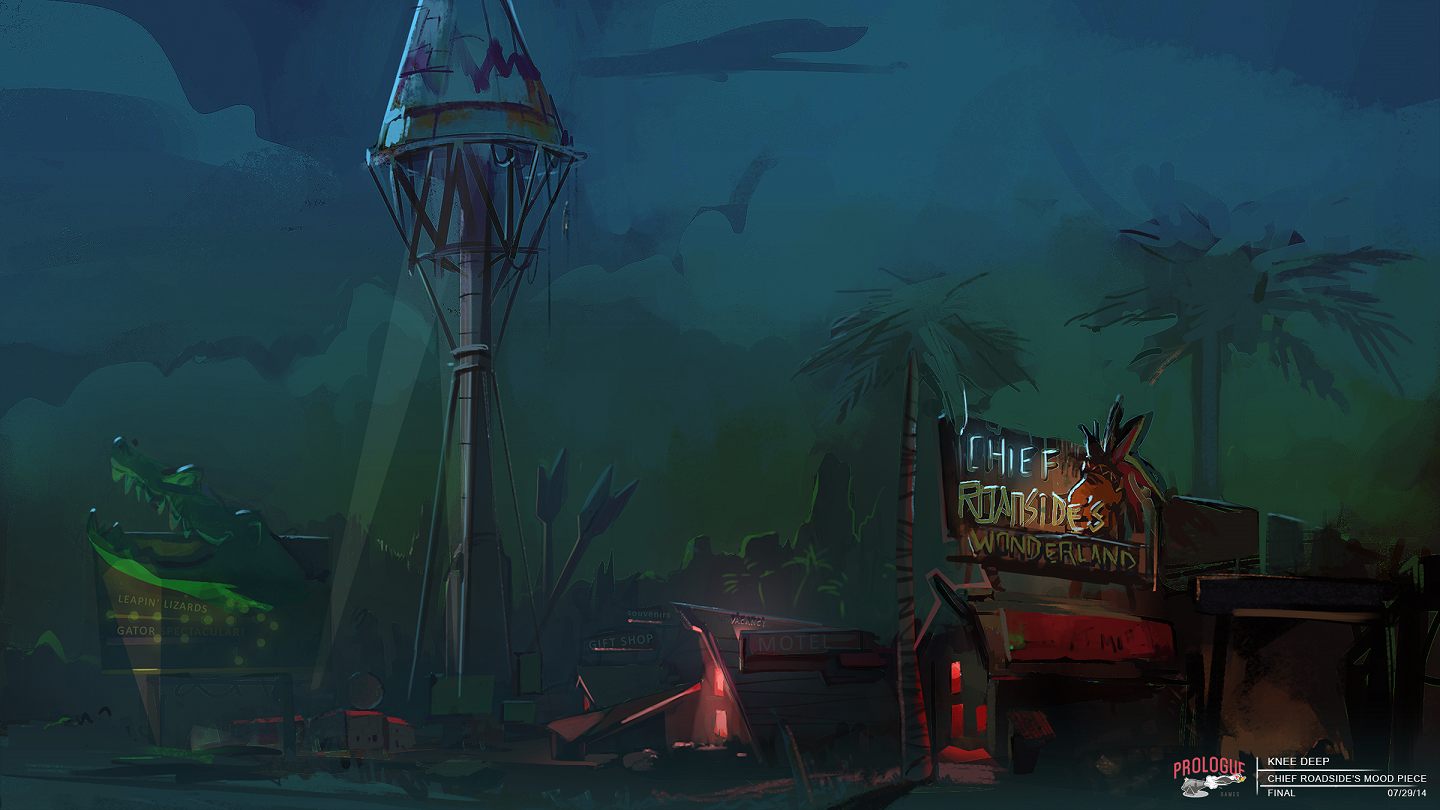 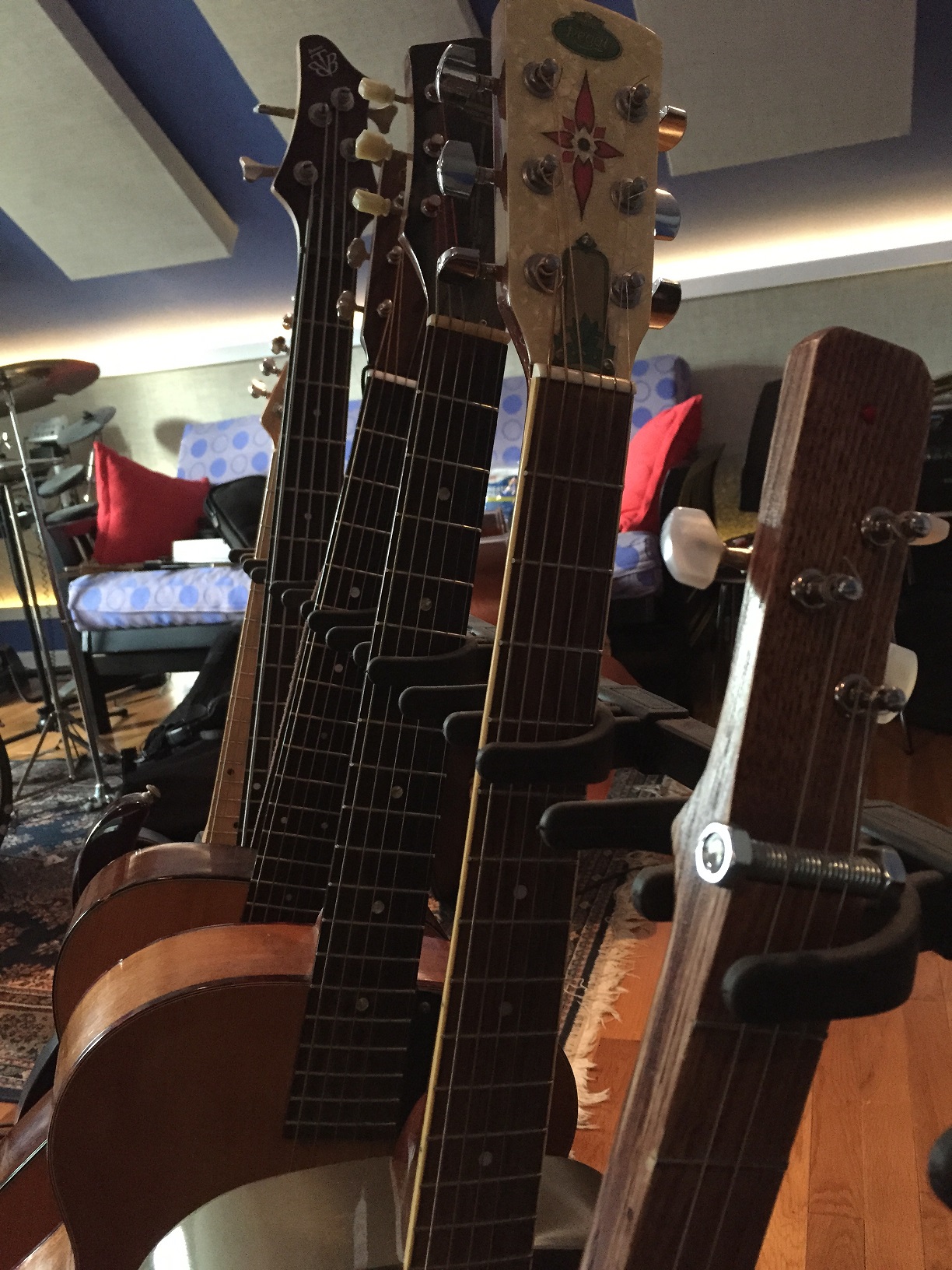 Equally important, we wanted the music to be appropriate to the central Florida setting.  We wanted to use instruments that sound like they belong there, not only geographically but that sound like they are part of a has-been town whose better days have past.  Finally, with three playable characters—blogger Romana Teague, printer reporter Jack Bellet, and private eye K.C. Gaddis—we wanted to differentiate them using music in subtle ways.

Next: finding the right instruments. We wanted acoustic recording to capture the sounds we wanted: old, broken-down, forgotten. eBay and Craigslist became our friends as searched for just the right instruments: a resonator guitar, a lap steel, an old Gregory practice amp from the 1950s, a no-name made in Japan drum set from the 1960s with the original creaky hardware, ugly sounding cymbals.

We borrowed an old Harmony Patrician arch top guitar from a mutual friend. A cigar box guitar came to us from an awesome luthier in New Hampshire named Jim Stone. An acoustic guitar, upright bass, and a telecaster form the backbone of the palate. There’s even a bow-able acoustic guitar in the mix. 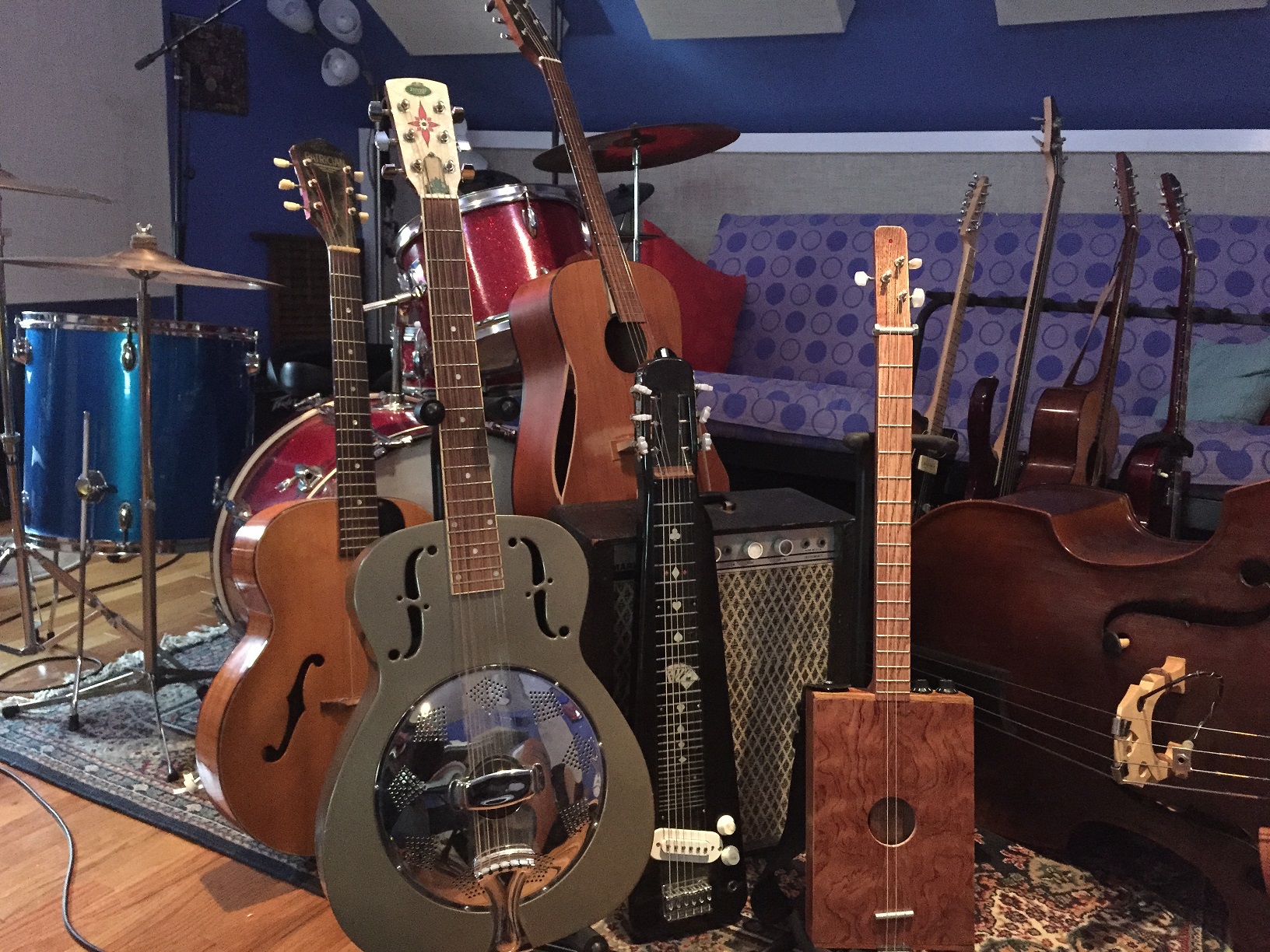 When it came to differentiating the characters, we opted to associate each with a specific southern music style. From there, we decided on two or three unique instruments from our palate, each in a different key. This gives each character their own musical space while reflecting some of the traits these characters possess; much more so, we think, than defining them solely by a theme.

For example, Romana is our southern Gothic character, inspired by artists like Tom Waits, Black Rebel Motorcycle Club, and Nick Cave and the Bad Seeds. Her primary instruments are the resonator guitar, a dirty telecaster, electric bass and rhythms punctuated by stomps and claps and all of her music is written in E. Gaddis is represented by a swamp blues style, featuring a lap steel and tremolo telecaster, written in D.  Bellet is more of a delta blues character, utilizing the arch top and cigar box guitars, written in G.

It’s been a lot of work so far and we’re only on the first act, but its been really exciting to work on such a unique project.  We hope you enjoy playing and listening as much as we are enjoying writing it.

(Footnote: the music player seems to be having trouble for tracks 2-4 in IE and Firefox but works fine in Chrome. Sorry for the inconvenience and we’ll post a fix if we can find one)