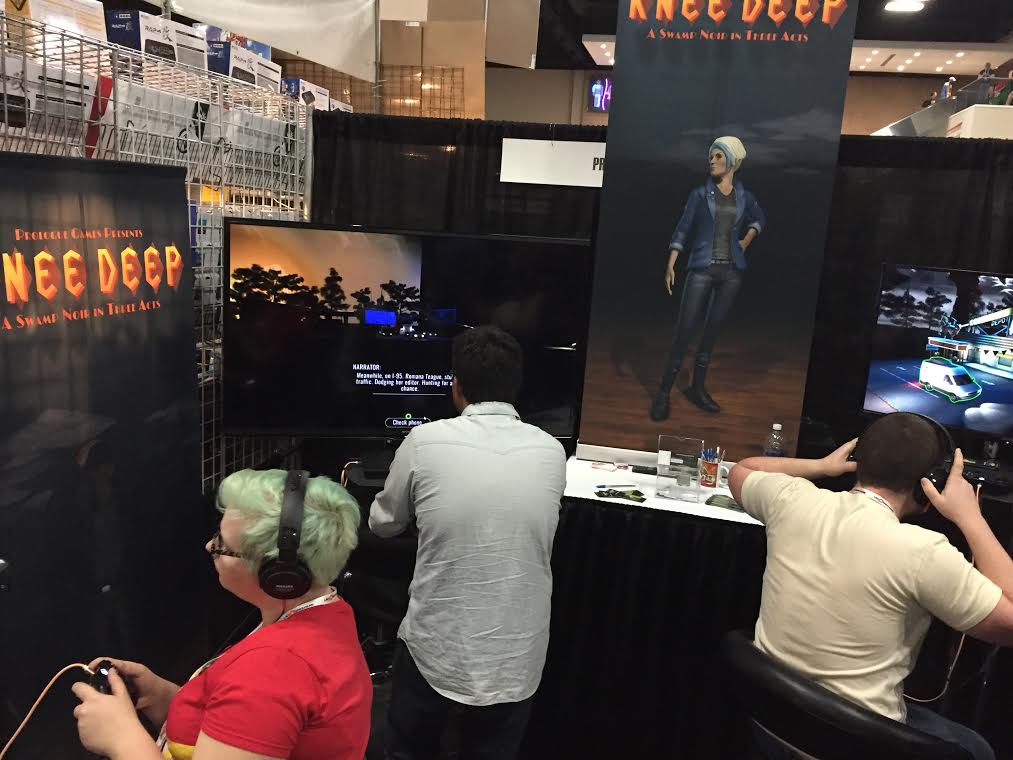 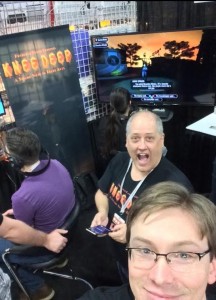 We’re absolutely over-the-moon from the reception Knee Deep got from the folks who stopped by the Prologue Games booth during the first day of PAX South in San Antonio.

It’s heartening to hear new fans (and a few old ones rediscovering why they can’t wait for Act 3) talking about favorite character quips, the astounding music, and the distinctive theatrical art style that made Knee Deep stand out from the crowd. 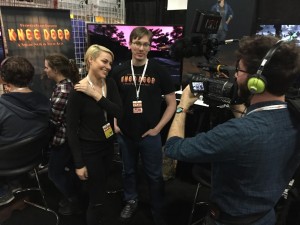 It’s humbling – and it makes all the work we’ve been doing for the past couple of years feel totally worthwhile.

We’re especially pleased by the startled reactions from players when they realize that we’ve accomplished all this with an indie team that has just seven core people and some amazing help from groups like SkewSound and Krash Creative. 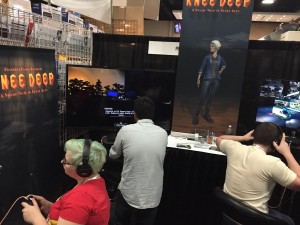 During the first day of PAX South, we got to talk with some great folks from DVS Gaming, ConTV, plus a visit from podcaster Skatch of WASDRadio.com

We’re extremely grateful for them taking the time to shine a little light on our shadowy swamp noir stage adventure. When you’re an indie studio like Prologue Games, word of mouth is absolutely critical, and we appreciate their attention – and yours! 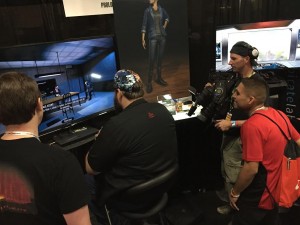 We also appreciated visits from Twitch and YouTube game streamers who checked out the game with an eye toward sharing it with their viewers, turning Knee Deep’s dialogue choices into a collaborative effort with participants in chat channels. It’s great to have a game that lends itself to a more casual playstyle, without any frustrating fail states; where there are no bad choices, just the potential for different reactions on your way to the story’s end.

But the real take-away for us from the first day of PAX South is fresh optimism that while the story of Romana Teague, Jack Bellet, and K.C. Gaddis may come to an end in March, the chance for broader discovery of Knee Deep is just beginning.

Thanks for making it count for us! Bring on Day 2! 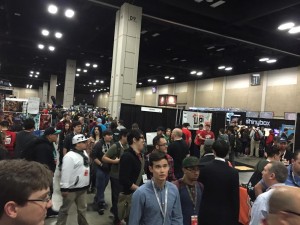