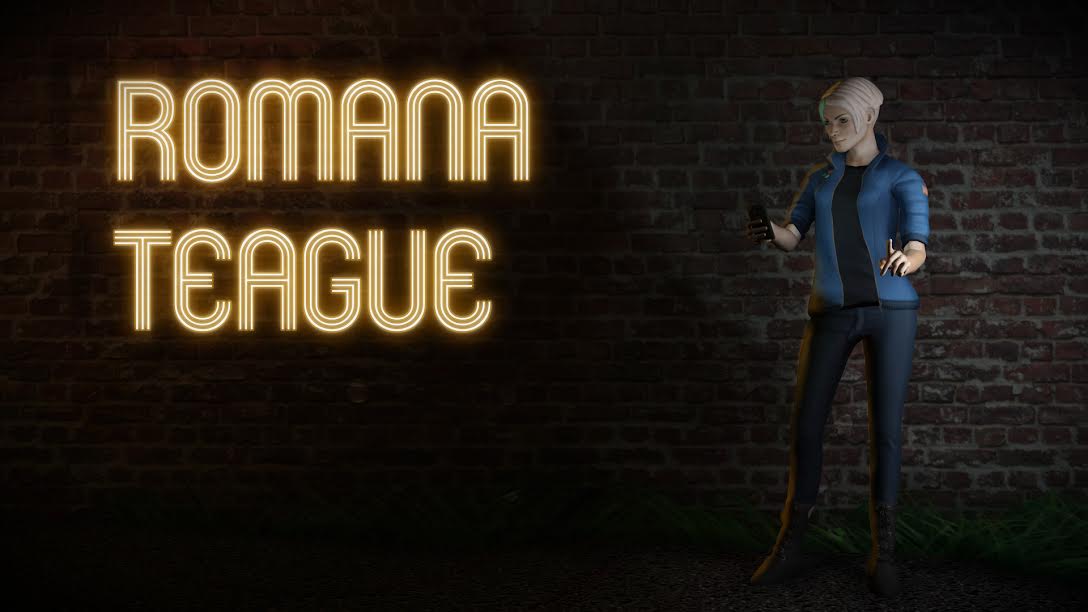 When the curtain rises on Knee Deep, Act 1: Wonderland, it’s blogger Romana Teague who steps into the spotlight. The first of three playable characters in the game, Romana is a pivotal figure. Today, we’re revealing new details about this unlikely leading lady to understand who she is and the role she plays in this sordid little swamp noir adventure.

Romana grew up on the west coast. Her mom was an actress who tried making it in Hollywood and still resides in California. A scandalous affair with a movie studio exec cut her career short just before Romana was born. When Act 1 begins, she’s a blogger for Fanrage, effectively a member of the digital paparazzi chasing down actors and digging into the latest juicy gossip. It’s a decent job for a 20-something, especially for one with such a sharp wit. Occasionally, her tongue cuts too sharp and oddball remarks land her in trouble, but that’s arguably part of her charm.

While Romana has always been a blogger, her look has evolved since early concept. As you can see in the concept piece with the yellow background, this early rendition of Romana depicts her with brown hair and an all-American casual style. Bag slung over her shoulder, her phone tucked away in a pocket.

Romana’s look changed through the course of concepting and other pre-production work until we decided upon the character design featured on the white background. Her hair is ashen, the streak of blue identifiable; her phone is at the ready, an essential blogging tool for the gal on the go. This newer interpretation of Romana comes from artist Daniel Savage.

Scroll down and you’ll see scene concepts featuring Romana from Mike Inscho, the lead concept artist for Knee Deep. These vivid pieces capture Romana in some tough moments: frustrated while caught in traffic on I-95 and under FBI interrogation. During the course of events in Act 1, Romana’s intention of a quick post turns into something much more serious. 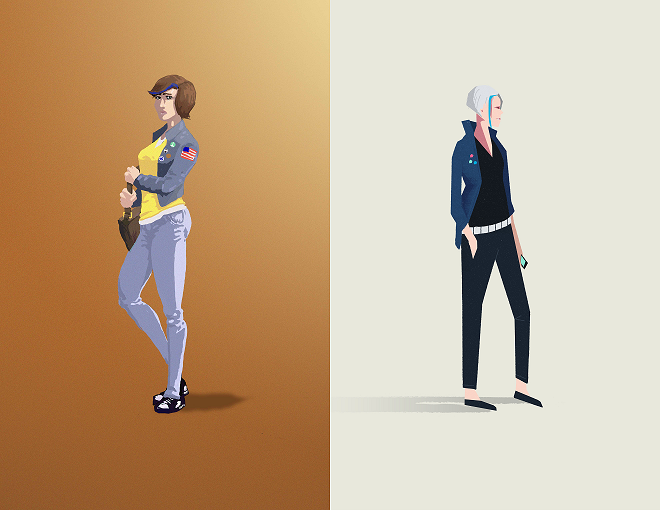 Romana is drawn to the podunk town of Cypress Knee for a story: the suicide of actor Tag Kern. Writing under the name “Phaedra,” Romana commands a sizable readership, even if she’s on thin ice with Fanrage‘s prickly editor, Lenny Spruce. In fact, it’s up to you to pick the reason behind Romana’s fallout with her editor:

Your choice will have a profound affect on how events unfold throughout the game. Certain characters won’t trust an opportunistic blogger willing to take money for posts…though there are others amenable to bribing Romana for favorable coverage. Depending on your selections, you may not have certain options available–that’s what makes Knee Deep so interesting. Each choice contributes to taking you down a different interpretation of events. Expect key decision points like this throughout the game for each playable character. 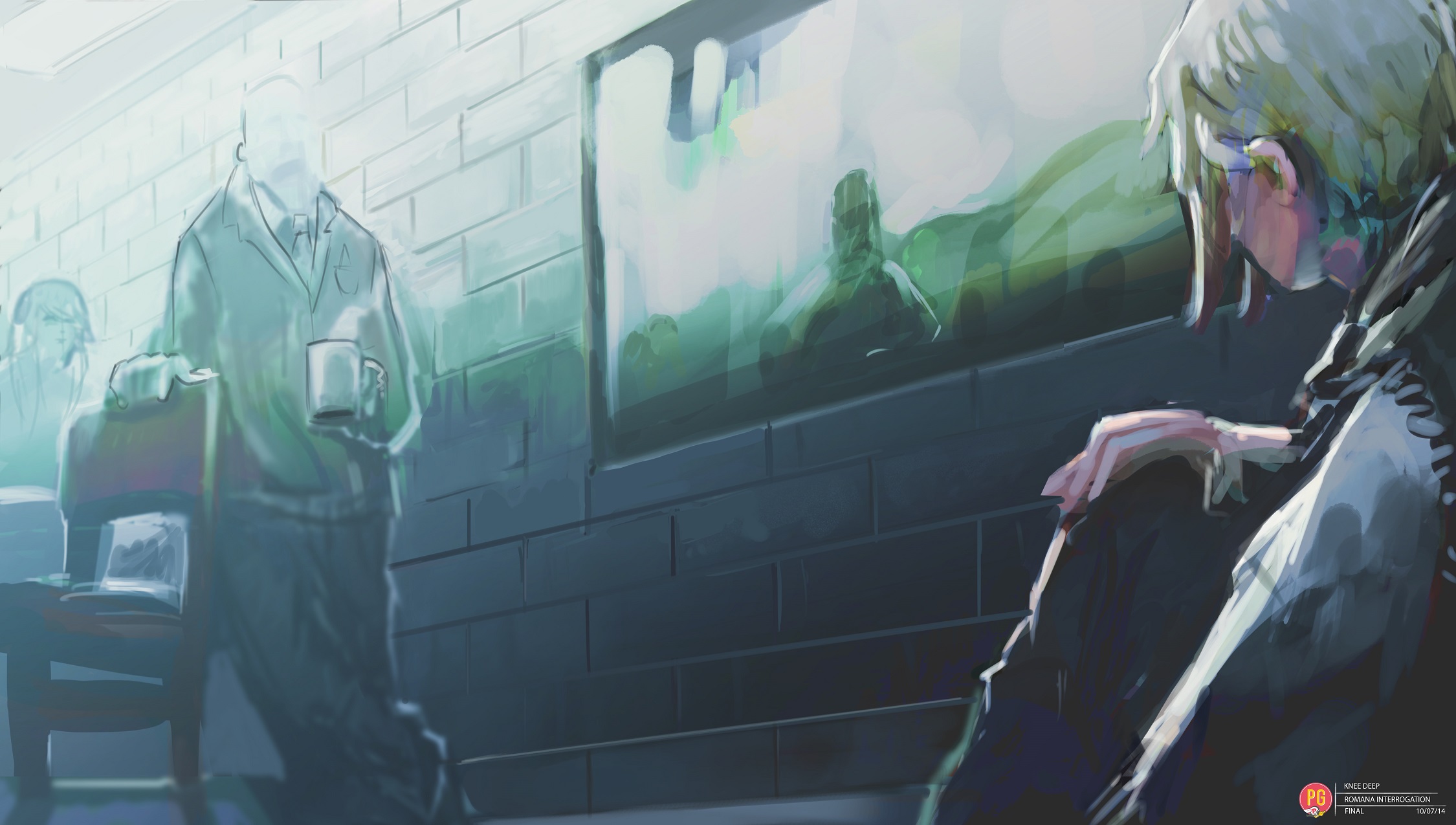 There are too many tidbits about Romana to share in this blog, which is why you can watch a play of our Act 1 demo to see Romana in action. The 20-minute playthrough features Romana in her arrival to Cypress Knee, just starting her investigation into Tag Kern’s death. Most importantly, though, support our effort to get Knee Deep on Steam by voting for the game on Greenlight.