By Colin November 7, 2013 Uncategorized No Comments
0 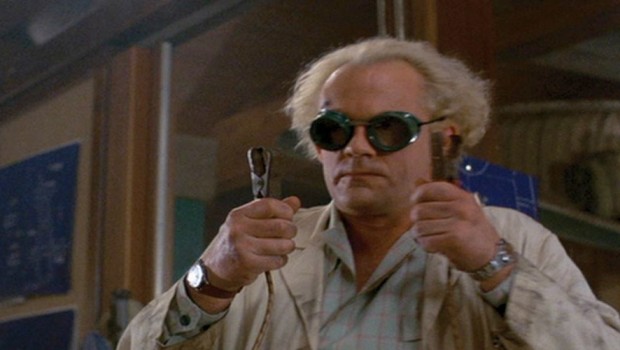 I’ll admit it, I’m a gadget nerd (probably not a surprise to most gamers). Since it was originally announced, I had a huge geek crush on the Surface Pro 2. I *really* wanted to see if it could do half the things it claimed and find out if it could actually be the all in one solution I had been looking for. I had a nice hefty Lenovo laptop but it was honestly more of a portable desktop than a machine I would use to sit on the couch and play games with (unless I wanted to roast the flesh off my legs). The Surface Pro 2 claimed to be able to run both the metro interface (which I was nervous about) and the full desktop environment of Windows 8 (which is what I really wanted). Top it off with USB and external monitor ports and I was hoping to turn it into a device I could walk around with or quickly hook it into a larger workstation for day to day use.

Thankfully, my incredibly generous family fulfilled my wish and got me the device a few weeks ago for my birthday. Since then I have attempted to put it through some tests and see how it performed as a tablet, gaming platform, and development machine for Unity builds. For reference, I have been using the Surface Pro 2 with 256 GB of disk space and 8 GB of RAM. (the surface is that little device under the big monitor in the middle)

For the most part, I have been pretty pleased on this front. We keep the surface on a side counter in the kitchen with the pen near by and use it pretty consistently to control music, look up recipes, or check email/calendars. It affords that middle ground where I might not want to scroll for a mile through an article on my phone but can comfortably read it on the Surface. If you’re carrying it around in tablet mode a lot, you will notice it can be a little heavier and hotter than other competitors but the extra range of features zeroes this out in my book.

As many people have said before, the app store can be hit or miss (mostly miss) but the few apps that actually take advantage of the live tile support make life *so* easy. Once I became accustomed to the new Windows 8 methods for navigation, I found myself using the metro interface as surprising amount to quickly get a snapshot of my email, upcoming events, weather, etc. Right now I would not buy the device just for these features but I’m hopeful more developers support this area and make it more robust over the next year or so.

I was pleasantly surprised in this area. I expected to be able to run most of my games but maybe have to crank down the settings to a bare minimum. In addition, I know that while the Intel integrated HD Graphics 4400 is strong for it’s size, I was worried it wouldn’t be able to keep up or even run some games.

I went ahead and dove straight into my newest game of Total War: Rome 2 and found it ran almost hiccup-free on medium settings. The biggest thing that immediately jumped out was that if you want to play without the touch cover attached, you absolutely must use the stylus. You may be able to run in desktop mode, but it doesn’t mean that many programs know how to properly interpret touch events. That being said, I have spent many evenings since then conquering ancient Europe from my couch.

I’m mostly expecting to play slower or turn based strategy games on this device and so far it delivers everything I need in spades. Civ 5 plays like a dream (as designed for touch) but I wouldn’t consider any twitchy games from the couch. That being said, I feel confident it will run whatever I need from my desk as well.

After seeing how well the surface handled my games, my last question was how it would handle development (kinda important, after all). Initial installation of Unity went down without a hitch except for the well documented problem that Unity doesn’t register the stylus consistently. You can get around this by using the touch cover or an external mouse but it does mean that you’re not likely to be building in pure tablet mode (probably expected anyways). It wasn’t until I tried importing an existing project that I seemed to hit a real wall. Every time I would try to open a project, it would start unpacking an image file (usually a png) and immediately crash. After an hour or so of scouring google, I found that it was our friend, the integrated video card, that was causing this trouble. Simply launching with the command line parameter “-force-d3d11” fixed the problem and I haven’t had an issue since.

I’ve been developing on shared and personal projects for the past two weeks and honestly forget that I’m not on a laptop most of the time. I have an external mouse and monitor hooked up (see below) and am eagerly awaiting the dock in the next few months so I can run a full dual external monitor setup. One of the biggest development bonuses I’m looking forward to is the idea that I’ll always be developing for touch devices first. While it’s obviously not the same as having an iOS or Android device on hand, hopefully this will keep me in a tighter loop of testing my game without a keyboard/mouse first and designing for the widest usability range early on.

I’m about as pleased as I could be with the performance, features, and portability of this model. The price is definitely a factor that I was able to ignore since this was gifted to me but if I was in the market for a new Windows based MacbookAir alternative, this would be high on my list. Give yourself a few hours to adjust to the new navigation methods Windows introduced (and NEVER EVER lose your stylus) and it becomes as natural as any other device. It’s not going to compete with the iPad in terms of slim portability but the sheer range of stuff I can do on this device makes it my new favorite gadget. I feel bad for my old computer as it sits neglected in my dusty office. There’s just so little need to actually sit down at a full blown computer now that I have this device.