Why Can’t We Be Friends?

By Colin November 21, 2013 Uncategorized No Comments
0 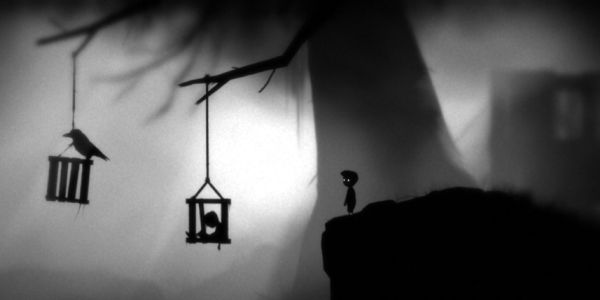 My favorite place to find stories are where I least expect them. Limbo is one of those games that tricked me into thinking I was playing a platformer only to find my heartstrings tugged when I wasn’t looking.

[NOTE] – This game has been out for an eternity in game years but if you haven’t played and don’t like SPOILERS, come back next week instead.

Most people coming at this game will talk about the amazing atmosphere, visuals, and overall presentation. These are obviously done to a high degree but beyond the overshown scary spider scene, there’s an emotional roller coaster of being bullied, finding possible friends only to have them ripped away, and final rest and friendship at the end of the game.

The game starts out dramatically, putting you in a strange environment of shadows and surprising dangers. Soon enough, however, you see not just scary monsters and dangerous scenery, but more children like yourself!

Sadly, as soon as you try to come close, they always seem to run away, just barely out of reach. The feeling of being totally alone in this environment starts to sink in. To add insult to injury, soon they start attacking you – setting up traps and sometimes flinging weapons at a you.

These scenes don’t dominate a lot of the game but left a distinct impression on me. It may just be that I’m not a huge platformer, but I found my driving motivation became the desire to find (and actually connect with) another person in this game. I felt like a scared little kid trying to find my way through an intimidating and cold world.

After being thwarted several times, the game officially sets the hook when you finally come across someone who doesn’t want to kill you. All the other silhouette children seem to be aggressive boys but when you stumble across what looks like a little girl sitting still in the grass, you get a glimmer of hope…

…only to be cruelly snuffed out the next moment when a trap springs and forces you to turn around and walk away from the *one person* who hasn’t tried to kill you so far. I was so surprised and frustrated, pounding on my keyboard, yet all I could do was watch my character walk away from the one good thing so far.

Again, this content fills about 1% of the game but by the time the final scenes rolled around and my character passed through the veil to find rest in the company of a friendly child, I felt a palpable emotional relief. This was the *last* thing I expected to experience in this game.

So what do I want to learn and imitate from Limbo? I’m certainly not looking to make a platformer or puzzle game. Similar to my fascination with the behind-the-scenes story in Crusader Kings 2, I am inspired by the ability to make the player look one direction then use a few, quick brush strokes to paint an emotionally powerful story before they even realize it.

I do *not* want to fall into the trap of having to tell a story with lots of exposition. As we saw here, sometimes the less is said, the more is told.